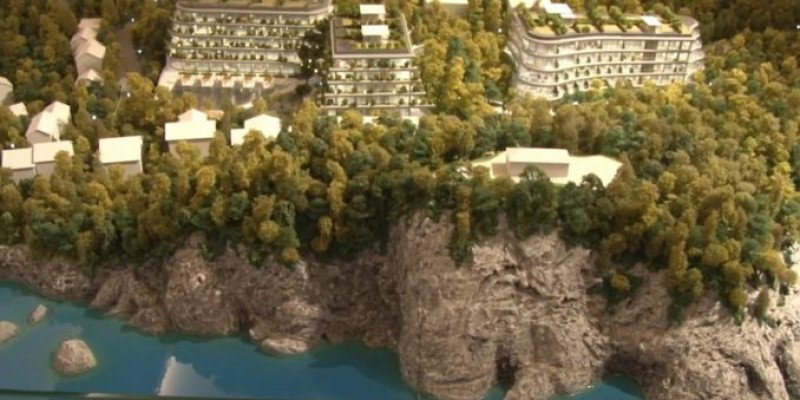 Adriatic Properties investor should invest EUR 11.62 million in the Kraljicina Plaza hotel Budva this year, which is the amount of investment in the first phase of the project consisting of excavations, paving and concrete construction, according to information on realized investment and other activities based on the annex. no. 1 lease agreement for the Queen's Beach Hotel in the period 2016-2019.

At this stage of work, the largest construction company in Montenegro, private Bemax, was hired. Adriatic Properties is a company of Greek businessman Petros Statis, which has a branch office in Montenegro. In addition to the hotel and banking business, there are also more print and electronic media under its control. In the section relating to the current year, the Information states that the investor will spend € 406,000 for design documentation. Check out the latest site shots (CONTINUED TEXT BELOW VIDEO).

The lease agreement for the Hotel Kraljičina plaža was concluded in January 2007, and Annex No. 1 of the contract was adopted at the session of the Parliament of Montenegro on December 29, 2015 by adopting the decision. The decision stipulates that the annex will be accepted, provided that the construction of the Hotel Kraljičina Plaža is completed no later than three years after obtaining the permit, ie the creation of the necessary administrative preconditions by the competent authorities of the state of Montenegro. Adriatic Propreties submitted its construction application on November 1, 2019, when the. as also stated in the document, the conditions for the beginning of investment activities and therefore for the preparation and submission of reports on realized investment and other activities based on the annexes for the period 2016 - 2019 have been obtained.

The lease term is defined in relation to the effective date of the contract, and was originally 30 years and subsequently annexed to 42 years. The tenant is obliged to invest not less than 110 million euros in the hotel complex, which includes the hotels Queen's Beach, Sveti Stefan and Milocer. “The construction application was submitted in November 2019 and, according to supporting documentation, the value of the works amounts to EUR 63,731,494. The deadline for completion of the works is three years from the date of obtaining the building permit, ie the application submission. Given that 80 million euros have been invested in the hotels Aman, Sveti Stefan and Vila Milocer so far, it is expected that the minimum investment amount of 110 million will be exceeded, ”the information stated.

According to investors, the planned investment in the Queen's salary will amount to up to 73 million euros, of which 4.9 million was earmarked for the preparation of project documentation, design and payment of other consultants. “An amount of EUR 52.67 million is foreseen for rough and fine construction works and installation equipment, and an amount of EUR 15.43 million for FF&E and non-construction equipment. The investment envisages construction of a 5-star hotel with 126 accommodation units, of which 43 single, 44 double, 31 triple, 4 four-bed, two five-bed and two six-bed accommodation units, ”the report said. This Government document recalls all investor obligations from 2016 to the beginning of the current year, not only by contract but also by annex. “In 2016, € 870,901 was invested in project documentation and design.

A year later, € 1,438,861 was invested, while € 160,434 was invested in the Preview Center. In 2018, € 949,447 was invested in project documentation and design, while 74,705 were invested in the substation that will power the new facility and other existing facilities, and in 2018 the old facility was removed, costing € 221,884. In 2019, € 723,797 has been invested in the development of project documentation and design, ”Pobjeda reports, among other things. Since the signing of the contract, that is, the decision was made, a total of EUR 4,218,147 has been spent, according to the information provided by the investor, in the realization of the project.

"Considering that the project is still in the planning stage, the funds are mostly spent on project preparation, procurement of equipment, preparatory work as well as the hiring of local and foreign consultants," the report explained. In accordance with the contract, as well as the Law on Spatial Planning and Construction of Buildings, the owners of the project for the construction of the hotel Kraljičina Plaža are HTP Milocer, as lessor and land owner and Adriatic Properties tenant and investor.