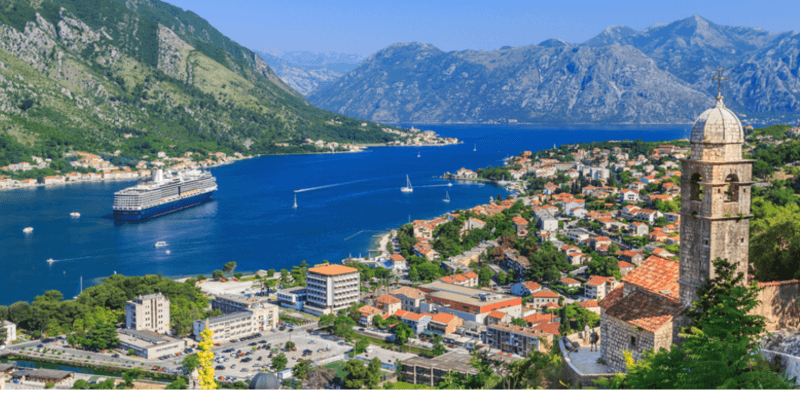 Eddie Sikora, Director of the annual Luxury Property Show, shares his tips on the top five countries in the world to buy a luxury home in 2017

One of the most beautiful countries I have visited is Montenegro, so I am not surprised that it has the world’s fastest growing tourism industry according to the World Travel and Tourism Council (WTTC). New direct flights from the UK to Montenegro also make this little Adriatic country more accessible for Brits looking for a second home in the sun.

Soaring mountains, shimmering bays, stunning coastline and Venetian style architecture put Montenegro on the top of my list to buy a home. New developments are catering to the growing international demand with the latest being Orascom’s Luštica Bay, situated in Trašte Bay along the natural pearl Luštica peninsula.

New direct flights to the country to Tivat will reduce the journey time to just 2.5 hours from London, whereas passengers previously arrived via Dubrovnik airport some 45 minutes drive from the main resorts on the coast.

The Spanish real estate market has recovered well in the last few years and in February this year, home sales in Spain recorded their highest figure for three years having increased by 15.8% compared to the same month in 2015. The Costa del Sol and Costa Blanca are the most popular areas for Brits to buy.

The Costa Blanca is a large and diverse stretch of coastline. One of the nicest places is a former fishing village called Javea. It’s a classy, low-rise town that has been likened to a Spanish version of Dartmouth in Devon, has a marina, stunning beach and golf course.

The Costa del Sol has got the best climate in the country which means that parts of it are genuinely year-round destinations rather than purely summer resorts. With one of the best-supplied airports and world-class golf courses, marinas, restaurants, hotels and sporting facilities, it has a wide appeal.

The beauty of Tuscany with its timeless rolling landscapes peppered with Cypress trees, and its historic towns such as Florence and Siena, have made the area a perennial favourite amongst the British. The economic downturn hit the region pretty hard and property prices are still about 30% lower than their peak.

The area south of Florence, the so-called “Golden Triangle” between the cities of Florence, Arezzo and Siena is generally the most expensive region but there are some wonderful historic properties to buy in the region, and some come with vineyards. That surely must be the ultimate Tuscan dream.

For great value for money and a more dramatic landscape I’d recommend heading North to Lunigiana – famed for its many castles, hill top villages and the beautiful Bay of Poets, where Shelley and Byron found inspiration from its dramatic scenery.

Prices are just beginning to rise again in Portugal after the economic downturn. Portugal has bounced-back from the past eurozone crisis and exited the bail-out situation in a clean way. A new government scheme called the Non-Habitual Tax Residency scheme (NHR) has attracted European expats for its low or zero income tax rates. And with no tax on a pension for 10 years it’s a hit with retirees, as you can imagine.

The Algarve has 300 days of sunshine per year, over 35 golf courses and many white sandy beaches. For a super contemporary home on one of the best golf courses in the region I’d look at Quinta do Lago. For great family beaches and more low key resorts head south towards Lagos, and for warmer sea water and long beaches head East towards Tavira.

France still offers amazing value for money, especially if you look at more rural locations. I gather that since the BREXIT vote there has been a flurry of enquiries for Paris property from Brits working within the financial services industry, who are looking to relocate to Paris. At the show we have agent Le Bonbien who has a good selection of property for sale in the city and surrounding region.

It is certainly a good time to buy in France as throughout the country, property prices have slowly come down over the past few years and there are currently low interest rates available from French banks.

Other areas that are worth looking at are Languedoc Roussillon, which is a less crowded area than the Riviera but equally great weather in the south of France, and the Dordogne which is beautiful and has a large expat community. The exhibitor La Baraquette is a new luxury resort which is an extension of a lively port-village in the Languedoc.