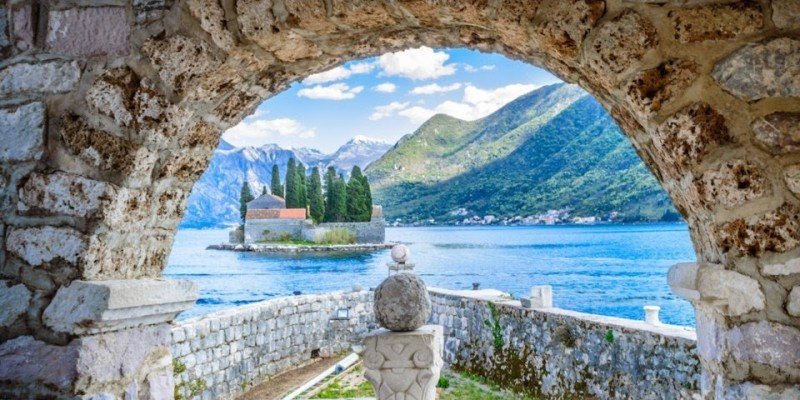 The super-rich are no longer just spending their money on private jets, yachts, and hotels - they're also splashing out on second passports.

The Second Citizenship Survey 2017 from CS Global Partners found that 89% of people would like to own a second passport, and over 34% said they had looked into investing in a second citizenship.

Even more striking were the 80% who said they would be willing to invest or donate 5% of their annual salary for a second citizenship - more than they spend on monthly rent.

Luckily, a number of countries offer Citizenship by Investment (CIP) programs where money - normally invested in real estate - can actually buy a second passport, and the elite status that comes along with owning citizenship in another country.

Other programs offer "elite residency" - an extended visa with perks - in exchange for similar investments.

Nuri Katz, President of Apex Capital Partners, an international advisory firm that specialises in CIPs, told Business Insider: "For a lot of wealthy people having a second or third passport is important for the ability to travel. For some it's also a status symbol, like buying a fancy car to show your friends."

He added that along with the travel benefits and the status that comes along with owning real estate around the world, the programs also allow people to manage their tax burdens.

"Second citizenship is becoming more than just getting a passport," he said. "There are certain advantages towards using second citizenship to create residence in countries where tax burdens would be lower than where you are at the current time."

However, Katz explained there's a difference between CIPs and residency programs.

"Citizenship is forever, and cannot be taken away unless you received it under fraudulent circumstances," he said. "You also get a passport."

Meanwhile, as laws change, a residency visa can be taken away - but it's a more affordable way to get the perks that come along with living in another country.

In order to put together a complete list of countries that offer citizenship or residency by investment, along with advice from Katz, Business Insider consulted the latest CBI Index, published by the Financial Times' PWM magazine, and spoke to global investment migration firm Henley & Partners and global citizenship and residence planning company Knightsbridge Capital Partners.

Whether you choose to splash out for full citizenship or you invest in residency, here are 23 countries where money can buy you a second passport - or at least a chance to live long-term abroad - ranked by cost, from cheapest to most expensive.

The Thai government offers "elite" residency visas for wealthy foreign citizens, allowing them to live in the country for around $3,000 a year.

There are seven different packages, with the most expensive being the "Elite Ultimate Privilege" scheme for $60,000 for 20 years of residency.

Here are the three most popular options, according to Henley & Partners:

Henley & Partners added that there are also options to apply for the residence permit through the purchase of real estate or interest-free government bonds.

You can apply for citizenship after five years through process of naturalization (i.e. language test, history test), according to Katz.

"The true catch here is when they want to get citizenship, they have to take a language test, and Latvian is an impossible language to learn as an adult," Katz said.

"No one can, and they know it, and as such they know no one will ever become a citizen."

There are three ways to get citizenship in Saint Lucia, according to Katz:

Dominica is appealing due to its visa-free access to more than 110 countries, according to Arabian Business.

Katz said there are two options:

There are three ways to get citizenship through investment in Antigua and Barbuda:

Following the devastation St. Kitts and Nevis faced after last year's hurricane season, pricing for the CIP programme has been adjusted, according to Katz. Its citizens also now have access to more than 150 jurisdictions worldwide, since the country has signed travel treaties with the likes of Russia, Moldova, Nepal, India, Indonesia, Rwanda, and Taiwan within the last year.

Here are your options, according to Henley & Partners:

There are two ways to get citizenship through investment in Grenada:

According to the latest CBI Index, the Vanuatu Contribution Programme (VCP) is one of two active citizenship by investment schemes, alongside the Development Support Programme (DSP), but under the DSP citizens cannot vote or participate in political life.

Under the VCP, here are the requirements:

A CIP program has been confirmed for Moldova, and according to Henley & Partners, in order to qualify for citizenship, an applicant must make the following contribution:

Cambodia has been allowing foreigners to naturalise following an investment since 1996, according to the latest CBI Index.

While the Cambodian senate approved a draft law on June 11, 2018 that could alter the country's economic citizenship landscape (and increase the investment thresholds,) for now, these are the options:

Applications must also have knowledge of Khmer history and language, and must travel to Cambodia to obtain good behaviour, police, and health certificates, as well as to sign the relevant citizenship oath.

To gain residency in Portugal, there are plenty of options, according to Henley & Partners.

There are two options for citizenship by investment in Montenegro, according to Katz. A program limited to 2,000 applicants that will launch in October includes:

There's an additional fee of € 100,000 per application, which is also be paid to the government, and will be invested in "a special fund for the development of less developed areas within Montenegro."

The EB-5 visa leads to US conditional resident status (known as a green card), which can then lead to a U.S. passport.

Two years after conditional residence is granted, investors and their families become eligible for permanent residency.

There is also the Regional Center Program, where applicants:

Spain has a Golden Visa program, which can eventually lead to citizenship.

Here are the options for residency, according to Henley & Partners:

There are two investment options in Bulgaria.

Created by the Canadian government to attract wealthy business people to the country, the Immigrant Investors Program means you can gain permant residency if you meet the following four criteria, according to Henley & Partners:

Launched in January 2017, Turkey's economic citizenship programme offers five options, three of which involve investment over three years, according to the CBI Index.

The first three options are:

But there are two more routes:

The current investment options in Malta are:

Australia boasts a residency program that can lead to citizenship in the long term. However, it's on the more expensive end.

Until recently, Cyprus had the most expensive CIP program, according to Arabian Business.

The current investment options include:

You can also hold residency. Here are the criteria:

In New Zealand, you can live, work, and study under the Investor 1 and Investor 2 Resident Visa programs. you've got two options for residency, according to Henley & Partners:

Luke Hexter, director of global citizenship and residence planning company Knightsbridge Capital Partners, told BI that the UK Tier 1 Investor Visa is one of its most popular.

Here's how it works: